As we read through this chapter carefully, you will notice three themes that seem to repeat themselves in the various sections of Luke’s retelling of the resurrection story.

The Resurrection is a worldview-shattering historical event. Many people today dismiss the resurrection out of hand. They say it didn’t happen because it couldn’t happen. For them, miracles are impossible. And of course, you can trace that conviction back to their atheistic worldview. But Luke 24 has all the marks of a historical, eyewitness account. When it talks about the empty tomb, many details are included, such as the fact that the first witnesses were women. In that day, if you were making up a story about the resurrection, a story that you wanted someone to believe, you would omit the “women eyewitness” part. Why? Because in the first century, women were accorded very low status. Their testimony was inadmissible in both Roman and Jewish courts. Another thing that indicates that the resurrection was a real historical event is Luke’s account of Jesus’ ascension (vv. 52-53). The Jews were fierce monotheists. They only worshipped one God, the God of the Bible. The first of the Ten Commandments prohibits worshipping other gods. And yet here they are, worshipping a man named Jesus! For the early disciples, the resurrection was a mind-blowing, worldview-shattering historical event that radically changed their lives! The resurrection was preached as a fact—an inconvenient, worldview- disrupting, persecution- inducing fact of history. This fact cost many of the disciples their very lives. They were eyewitnesses of this event, and that is what made their testimony so compelling and their courage in the face of persecution so indomitable.

The Resurrection is the key to understanding the Scriptures. Jesus makes this point directly when talking with the disciples on the road to Emmaus (vv. 25-27), and again when he was gathered with his disciples in Jerusalem (vv. 45- 47). Jesus is essentially saying here, “All of the Scriptures are about me. They point to me.” The resurrection is the key to understanding the Scriptures because it validates Jesus’ claim to be the Messiah, who is the subject of the Scriptures. One day, as recorded in the book of Acts, this same resurrected Jesus appeared to Paul on the road to Damascus, which led him to rethink everything he thought he knew about Jesus. In the days after Jesus appeared to him, Paul began to put things together. He must have thought to himself, “Now wait a minute. If God did raise Jesus from the dead, then he validated Jesus’ claim to be the Messiah. That must mean that God does love him and was pleased with him. That means when he was cursed and abandoned on the cross, he must have been cursed and abandoned for someone else’s sins, not his own.” And suddenly, he turns to the rest of the Bible which he carried around in his head and he thinks about the book of Isaiah. The first part of the book portrays the Messiah as a King, but the second part portrays him as a suffering servant. They couldn’t both be the same figure, could they? Well yes, they could! And then he thought about the sacrificial system and it became clear to him that the blood of bulls and goats and sheep could never completely atone for man’s sin. That doesn’t make much sense. No, the sacrificial system must have been pointing to the coming Messiah—the sinless Lamb of God, the suffering servant, whose sacrifice could cleanse us from our sin. And what about Ezekiel and Jeremiah? Look at those places where it talks about a new covenant that God was going to make with his people? A covenant where he would write his laws on their heart, enabling a new level of obedience, a new knowledge of the Lord, and a new forgiveness of sin. It almost sounds like they would no longer be a need for the sacrificial system and for priests and a temple. Once Paul understood the resurrection, then he understood the cross. And once he understood the cross and the resurrection paired together, the whole Old Testament made sense! And the same thing is true for us! Once you understand the cross and the resurrection, the whole Bible begins to make sense. You begin to see that Jesus really is its principal subject. 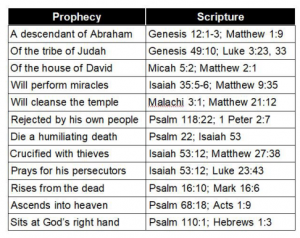 The Resurrection gives us a powerful message for the world. Anytime in the text someone learns about the resurrection or meets the resurrected Jesus, they immediately tell someone else. For example, the ladies who discovered the empty tomb immediately went and told the disciples. So did the two disciples on the road to Damascus. No one is sitting on this message! It is not a message that you can sit on! This is a message for the whole world because God’s love extends to the whole world. It is for everyone (John 3:16). This is Easter Sunday. Church, we have a message to tell the world! A message from a God who loves us so much he laid down his very life for us in the person of Jesus. But the world won’t know about this message if we don’t tell them. Paul expresses our responsibility this way: “Therefore, we are ambassadors for Christ, as though God were making an appeal through us; we beg you on behalf of Christ, be reconciled to God” (2 Corinthians 5:20). We are all broken. We all sinners. We all need a Savior and Jesus is that Savior. We know that because of the resurrection. The resurrection was a paradigm-shattering historical event. It made sense of the cross. It the key to understanding the Scriptures. It gives us a powerful message for the world. Are you certain that your sins are forgiven? Jesus died on the cross to pay for your sins and he rose again from the dead so that you can know that he has the power to forgive sin (Isaiah 55:7). In John 6:40, Jesus said, “For this is the will of My Father, that everyone who beholds the Son and believes in Him will have eternal life, and I Myself will raise him up on the last day.” This is Jesus’ promise to you. If you place your trust in him, he will raise you up on the last day.

Each week, write down one doable concrete step of obedience, small or large  that you will put into practice this week. (James 1:22: “But prove yourselves doers of the word, and not merely hearers who delude themselves.”)