Is Jesus better than lust?

This is my Father’s world,
He shines in all that’s fair;
In the rustling grass I hear him pass;
He speaks to me everywhere.
-Maltbie Babcock, 1901

We can so emphasize the necessity of setting our minds above that we effectively deny the goodness of God’s creation.
-Joe Rigney, 2014 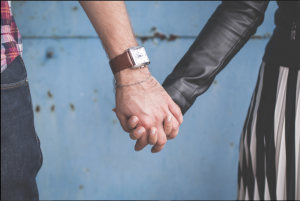 These two quotes highlight a danger
that struggling Christians face. Though Jesus is, and must be, better than all that this world has to offer, there is no virtue in rejecting the holiness, goodness, and pleasure that is within God’s creation. This is especially a temptation with the topic of sex and lust.

Some grow up in an environment where sex is taught to them as a wrong and evil thing. There may even be within their mind a perception of it as icky or gross. For others, perhaps Christians who struggle with lust and physical desire, the effects of their sin are so crippling that it’s hard to avoid hating and rejecting the true gift of sex. Sex is good and necessary for couples in a marriage covenant.

There are some things that are important to say about the goodness and blessedness of sex before looking ways to fight temptations for its sinful use with the greater pleasures of Jesus. Whenever we talk about fighting temptation, we need to remember the true holiness of sex, or we will demonize it and make it our enemy instead of its sinful use. People who do not feel any urge to reject the goodness of sex may choose to skip these points.

The Goodness of Sex

When God created Adam and Eve, He gave them a command: Be fruitful and multiply and fill the earth (Genesis 1:28). This comes directly after a blessing from God. Sex is a blessed thing. Here, it is blessed because of its capabilities to produce children, but in Genesis 2:24, Adam lays out the godly pattern for sex when he says “A man shall hold fast to his wife, and they shall become one flesh.” Here, children are not mentioned as a reason for the goodness of sex, but unification is. It’s important to notice that in the bible, sex is not just for children. It’s true that its first reference is about children (filling the earth). But there is an entire book of the bible called Song of Songs devoted to the topic of godly sex and romance, and children are not mentioned once. Sex is about uniting the full image of God, which is made male and female, and becoming one unified flesh. God created sex and commanded his people to enjoy it in marriage because it unifies them and creates children.

This is one that Christians often don’t like to talk about. But it’s true; sex is not for everyone. There will be some followers of Jesus who will not experience the goodness of it. In 1 Corinthians 7:8-9, Paul writes that “it is good for the unmarried and widows to remain single, as I am. But if they cannot exercise self-control, they should marry. For it is better to marry than to burn with passion.” Here, Paul shows that some are gifted with singleness. Sometimes, but not always, this includes people without heterosexual attraction. This does not mean that those who “cannot exercise self-control” are worse Christians, remember, marriage and sex were created and commanded by God, so they cannot be bad things. Rather, it means that some are gifted to be single and be undistracted in their devotion to the Lord (1 Corinthians 7:35). This does not mean that these people will not experience sexual temptation, they most likely will. It simply means that the calling for their lives is for singleness and the letting go of certain worldly pleasures for the sake of God’s call on their lives. It’s also worth saying here that all of us will, at some time, be in this number of people. There will be a time when each of us is called to singleness, and to be without sex or sexual gratification. This is not a time to rush through and find your Princess or Prince, it is a time to use and enjoy undistracted devotion to the Lord.

Or, in other words, sex is closeness. We are made to be mind, body, and soul (1 Thessalonians 5:23). Sex is the most close that two bodies can be. It is a total embrace of a person’s body. This works best when it is not isolated, but is united with an embrace of that person’s soul and mind as well. This is why, even for non-Christians, it’s often important that they be in love with a person before they have sex with them. We want the pleasure of sex to be a total physical embrace, and a total spiritual and mental embrace. Sex is good because it is a rich expression of intimacy, and that is something to celebrate.

Some troubles of sex

In his book Wired for Intimacy, neuropsychologist William Struthers explains that we become bonded with people or things that bring us sexual pleasure. As he explains it, when we receive pleasure (orgasm) from a certain person or thing, the brain is so overwhelmed by the dopamine release that it creates a neural pathway that encourages us to chase that pleasure from that person or thing again. You can see how this is an amazing gift for marriage. One is united with his or her spouse in physical intimacy, reaches orgasm, and creates a very strong bond to that person. This is why sex solves a lot of arguments and problems in marriage. John Gottman is a non-Christian marriage counselor and has spent decades studying failing marriage and he has noted, in his book What Makes Love Last, that infrequent or no sex is common in every struggling marriage. Clearly this neurochemical bonding is created to unite us to our spouses.

The trouble with this incredible gift, though, is that we can use it to bond with things other than our spouses. We can bond in this way to pornography, that’s why porn can be a very real addiction substance. We can bond this way with certain beauty standards that lead us to long after a string of hook ups or lust after every guy or girl we see. We can bond this way with lots of things. Struthers claims that if a guy or girl watched pornography and masturbated at a desk with a baseball cap sitting next to his or her computer, they would become sexually aroused at the sight of that baseball cap (Wired for Intimacy, pg. 173, in case you don’t believe me). So with all of these things in our world competing for our sexual attention, how do we focus our joy on Jesus and resist?

I do not, in this post, want to give a detailed explanation of why sex is only for marriage, and why lust of all kinds should be resisted. I feel that we have heard that before and understand it. If the demand arises, we can address it. Here, rather, I want to discuss how we can fight for the greater joy in Jesus when faced with sexual temptation. Before I continue, I must confess that this is a live issue for me and I cannot speak from a place of sustaining freedom, but I can show you all what scripture says, what I preach to myself in moments of temptation, and what I have seen bring freedom to others.

If we are to have any defense against the temptations that face us, it must come from knowing God. In 1 Thessalonians 4:5 Paul writes that we should all have control over our bodies, and live “not in the passion of lust like the Gentiles who do not know God.” The cause of lust is not  knowing God. Without a relationship with God, no hope can be found from finding true freedom. Even with a relationship with God, we often fall into the trap of trying to fight major league temptation with little league knowledge of God. We have a basic understanding of the gospel and we think we know what God is like, and we try to run into battle against a sexual temptation that can hijack our brains and leave us trapped, drowning in guilt, loneliness, and separation from God, and unable to escape our own actions. How did you think that battle was going to go? With tiny knowledge of God, giant sins will win every time. Speaking of giants, the only way that David was able to defeat Goliath was that he knew that part of God’s nature was to protect his people from destruction (1 Samuel 17:37). If we want victory, it will happen through knowledge of God.

Having said this, I want to recognize how difficult it is to open your bible and pour your heart out to God in moments of serious temptation. This means that we don’t fight those battles during the temptation, we fight them 2 hours before. We fight them the morning before. We fight them throughout our days as we pursue knowledge of Jesus. Recognize when you’re tempted and by what/whom you’re tempted and don’t put yourself in those situations. Additionally, make a living habit of getting to know God. As you grow in your understanding of God, you will be so in love with Him that you won’t want lust, you won’t want cheap sex, you won’t want porn.

And finally, and this is the hardest part, when you’re in real moments of trial, flee. Just run. Paul says that we should flee sexual immorality (1 Corinthians 6:18). Just go somewhere else. Go to the living room, go to a public place, go outside. Just get out. This may also mean getting out of a relationship where the person you’re with does not realistically have the motivation to resist sexual temptation and fight for the joy of the Lord.

As you are fighting these battles with severity and urgency, remember to look at Jesus. He is your life, your salvation, and your king. He has loved you, and he always will. Do not let this news relax you, but stay vigilant, learning the Lord in order to fight sin. Yet, let this news refresh you and excite you to run into battle and never stop rejoicing in the Lord.